Four suspects were arrested and multiple illegal weapons and ammunition found in a hijacking incident which took place over the weekend in Rabie Ridge, Johannesburg.

Vehicle tracking and recovery specialist Ctrack, a subsidiary of Novatel Wireless, had its recovery team on the scene within 25 minutes after a vehicle had been hijacked from its driver at gunpoint outside a café in Tembisa on Saturday. On being confronted, the suspects tried to get away, but were subsequently apprehended by the Rabie Ridge South African Police Service in a nearby house, with firearms and live ammunition being recovered. Police also seized illegal narcotics, stolen household items and two more stolen vehicles. The vehicle was recovered on the scene for return to the owner, who was unscathed in the ordeal.

“Armed hijackings are often part of wider criminal activities. We are confident that our vehicle tracking products are helping law enforcement to close in on such activities,” said Pierre Bruwer, MD of Ctrack SA.

Ctrack continually invests in research and development in order to stay one step ahead of the criminal and keep the recovery rate above 90%. 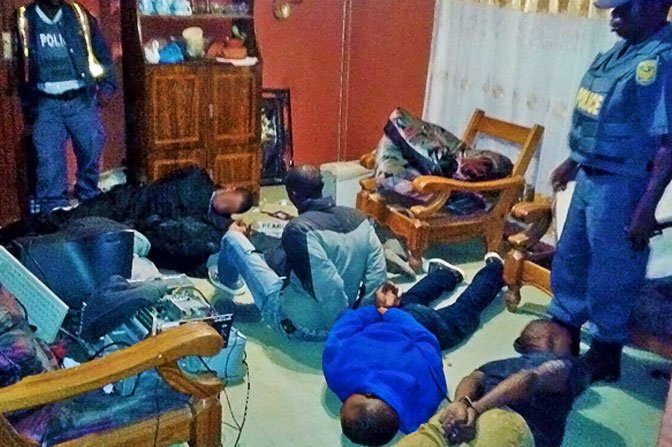 Picture: The four suspects who were arrested following a hijacking in Tembisa, Johannesburg on Saturday morning.