Showing their commitment to promoting physical fitness within the police service, Ctrack, a subsidiary of Novatel Wireless, today announced they will be taking their sponsorship of the South African Police Service Head Office Football Association (SAPSHOFA) into a third year. The announcement was made during an informal brunch held at SuperSport Park, Centurion with renowned former Orlando Pirates soccer player Jerry “Legs of Thunder” Sikhosana. This is a hat-trick year for the two companies, who have partnered since 2014 to promote the health and fitness of Gauteng police officers.

Ctrack will support SAPSHOFA, an affiliate of the South African Football Association (SAFA), with 21 soccer kits, 75 medals, 15 soccer balls, 10 whistles and five sets of soccer goal nets for the 2016 season.

According to Sikhosana, sports like soccer play an important role in promoting nation building, social cohesion and a healthy lifestyle. “The police men and women donning this kit very likely have children at home who look up to them as their role models. By their example, they can learn the important life lessons sport teaches us about hard work, dedication and relying on others. Perhaps more importantly, sports like soccer help to keep kids off the streets and away from drugs and violence. This is particularly true and important in the developing world,” he said. 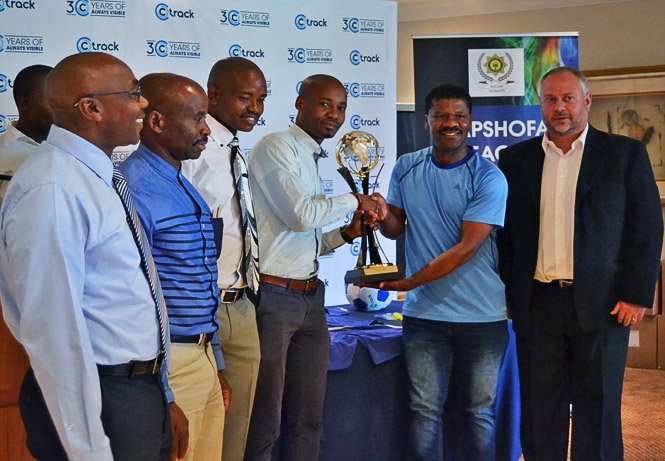 In recent years, public awareness of fitness has grown to the point where most people know that being physically fit doesn’t just mean having a strong body. While strength is important, physical fitness also means increased flexibility, faster recovery from illness or injury, improved endurance and much more.

“Police departments across South Africa realise the importance of physical fitness and how it affects the performance and safety of their officers. No matter your height, age or gender, good muscular strength will have an impact on your ability to apprehend an agitated suspect, sprint up a set of stairs, or burst through a locked door,” said Hein Jordt, MD of Ctrack Fleet Management Solutions.

The current Soccer League feeds into a Provincial Soccer Team which participates in a National Police Tournament organised on an annual basis by the South African Police Service Soccer Federation (SAPSFA).

“We acknowledge the partnership that has been established between SAPS and Ctrack that is always to sponsor our sport activities. The purpose of the SAPSHOFA Ctrack handover ceremony is in line with the strategic approach of our organisation, which is to ensure that all police personnel are physically fit and healthy,” said Col. Ashley Mokwena of SAPS. 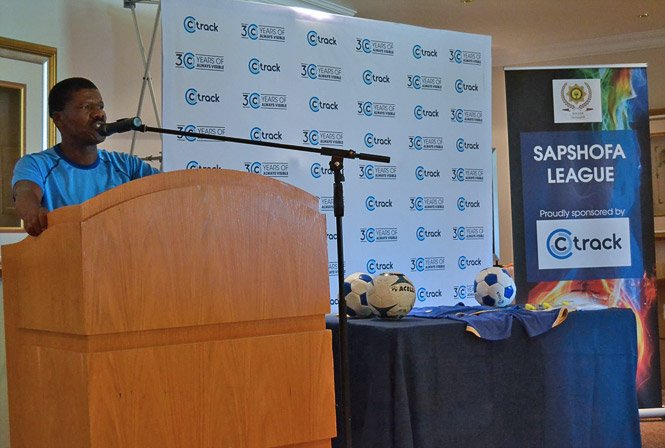 “Ctrack’s sponsorship will go a long way in ensuring that police officers will perform better on the job and maintain a persuasive professional image of strength and vigour. From our prior years’ involvement, we know that this initiative helps promote health and fitness in the wider communities too,” concluded Jordt.

Games, from league tournaments to competition matches and the national championships, can be watched and attended by members of the public.

Over the years, Ctrack has shown its commitment to the development of the different sporting codes. Recently, they announced their associate sponsorship with the Emirates Lions rugby team, which sees the Ctrack brand firmly visible on the back of the shorts of their official playing kit in the Super Rugby and Currie Cup tournaments. For the last three years, the telematics company has been also the associate sponsor of the successful Titans cricket team.