The telematics specialist recently pounced on a number of criminals involved in signal jamming, a popular form of preventing telematics units from broadcasting its position to its service provider.

According to the company’s spokesmen, instances of signal jamming in South Africa are occurring on a more frequent basis month-on-month.

This week, Ctrack’s call centre received a distress call from a customer that was experiencing difficulty in locating her vehicle (a truck and trailer) through the telematics device.

“The customer called us as she was trying to request a position from the unit but was not receiving response. Our call centre realised that there was a problem,” explained Hein Jordt, MD of Ctrack’s Fleet Management Solutions division.

The scene itself was littered with other stolen vehicles, possibly getaway vehicles or vehicles that will be stripped and gutted for automotive parts on the blackmarket.

“The signal jamming device that was used in the hijacking of the vehicle was also found. We are finding that this technology is becoming more prolific in the hands of criminals in South Africa,” Jordt said.

A stolen bakkie was also recovered this week, which was taken from the premises of a small business in Gauteng during a weekend heist.

Bakkies and trucks, however, aren’t the only vehicles being targeted by tech-savvy criminals in South Africa.

Last week Ctrack’s response team also recovered a client’s 2015 Range Rover Supercharged, which was hijacked on the R511 on the outskirts of Johannesburg.

“Considering the fact that criminals are investing in technology in order to commit crime, it remains critically important that South Africans consider their ‘visibility’ status, especially as we move into the festive season,” Jordt said.

“We’re confident that we have the insights and technology to make motoring safer for South Africans, and our latest recoveries prove that we go the extra mile in ensuring our customers get the belongings back,” concluded Jordt. 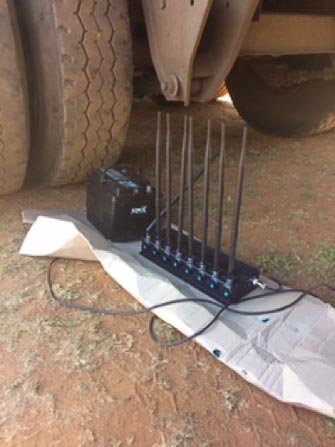 Photo: The jamming device that was used in the truck hijacking on December 1. 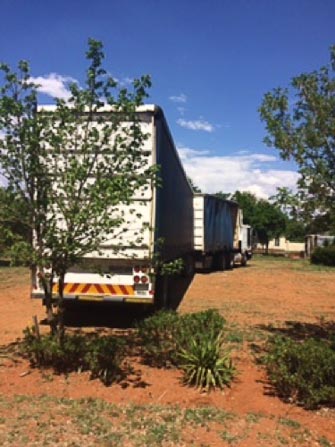 Photo: The hijacked truck was recovered at a site littered with other stolen trucks and passenger vehicles